Theodore Melfi’s 2016 Oscar-nominated Hidden Figures reaches into the not-too-distant American past and beautifully forges the legacy of three African-American women who worked at NASA during the Space Race, telling a largely unknown story of perseverance, individuality and an unapologetic defiance against the system. Melfi’s colourfully charming portrayal of Katherine Johnson, Mary Jackson, and Dorothy Vaughan, shows a fight against not only individual acts of prejudice, but more largely the systemic racism and sexism in a world of 1960s Jim Crow segregation. This is a world run by, as engineer Paul Stafford (Jim Parsons) repeatedly and rather obsequiously calls it, ‘protocol’. But whatever bigotry is reduced to simple convention matters little at NASA, where to reach the impossible – to reach for the stars – is not only a cliché but an achievable reality. For all the film’s criticisms of its sometimes-over-the-top, feel-good simplicity, there is indeed no better fitting metaphor for these women’s struggles. 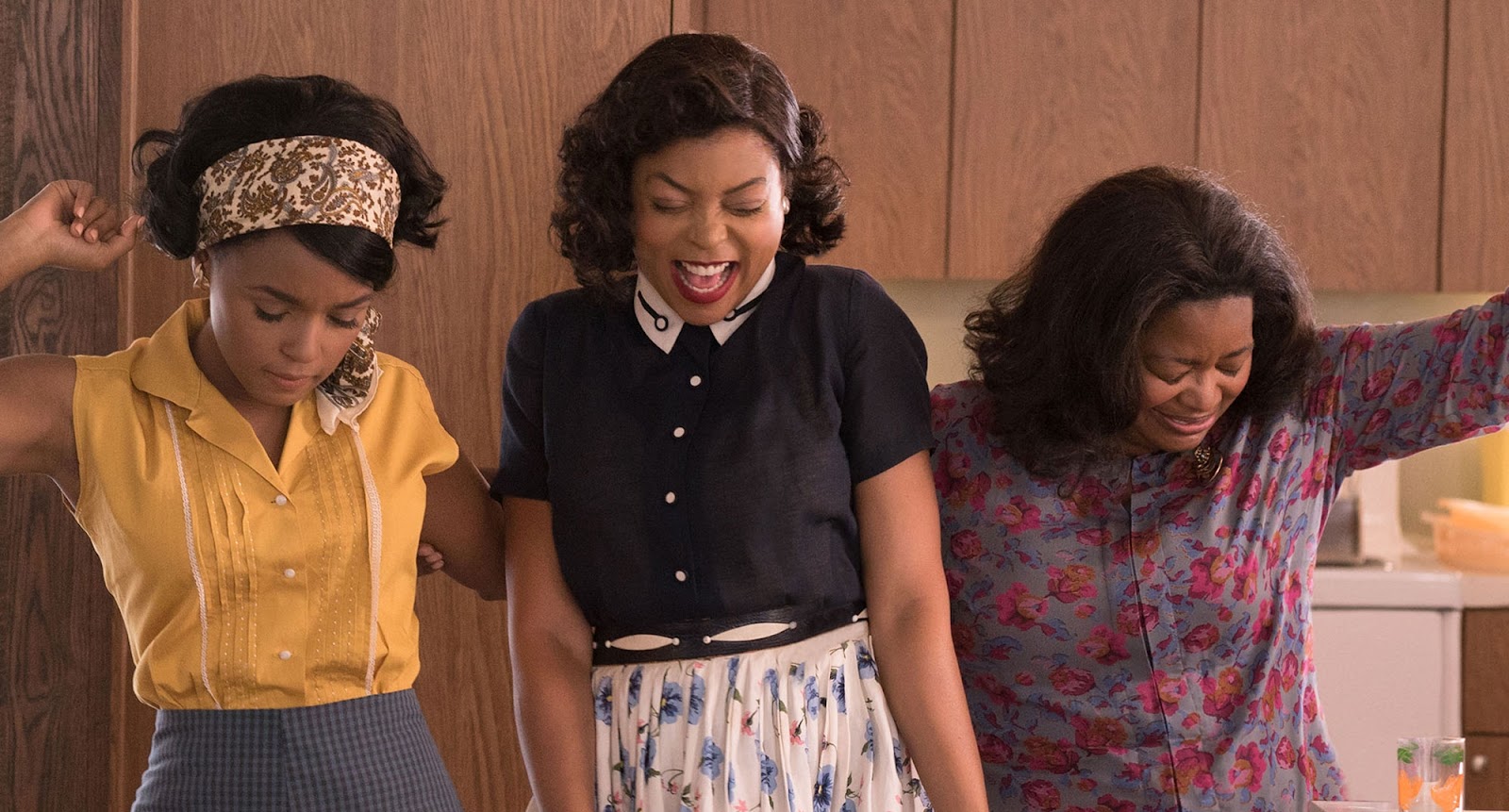 A splash of colour

The three protagonists, played by the charismatic trio Taraji P. Henson, Janelle Monáe and Octavia Spencer, are the hidden figures behind the early 1960s United States mission to send a man into space. The dark hole of their work room is filled with black women known exclusively as ‘computers’, performing long, tedious calculations that verify the work of the NASA experts. When the Russians threaten to overtake their space ambitions, Katherine Johnson, at the heart of this narrative, is promoted into the Space Task Force. There she calculates flight trajectories, the first African-American woman to do so. The animated Mary Jackson is an aspiring analytical engineer, while the motherly Dorothy Vaughan gets ahead of the game and learns the programming techniques for the IBM computers that will eventually render her job redundant.

“The curriculum is not designed for teaching a woman.”
“Well, I imagine it’s the same as teaching a man.”

The women of this film are compellingly and uniquely themselves. They refuse platitudes and the open contempt from colleagues, yet embrace their womanhood with open arms – Katherine’s heels, red lipstick and dresses adding a much-needed splash of colour to the otherwise homogeneously white-shirted, male-dominated space of the NASA Space Task Force. They do take on domestic roles, but, crucially and confidently, on their own terms. At home, Katherine sits at the head of the table, both ‘the Mommy and the Daddy’ to her kids; Mary dismisses her husband’s condescending scorn that implies she is not fulfilling her duties as a mother: “Kids need to eat vegetables. You would know that, if you were home;” while Dorothy animatedly reads her boys a book on the new, cutting-edge Fortran programming as if it were a bedtime story. They are the epitome of unconventional, and that is their magic.

Over an infectious Pharrell Williams soundtrack, and in Mary’s characteristic sass, they dismantle the system from the inside out, from start to finish. The opening scene sees their car break down on the way to work, and they end up getting a police escort to the NASA headquarters: “I’ll tell you where to begin: three coloured women are chasing a white police officer down the highway in Hampton, Virginia, 1961. Ladies, that there is a God ordained miracle!” 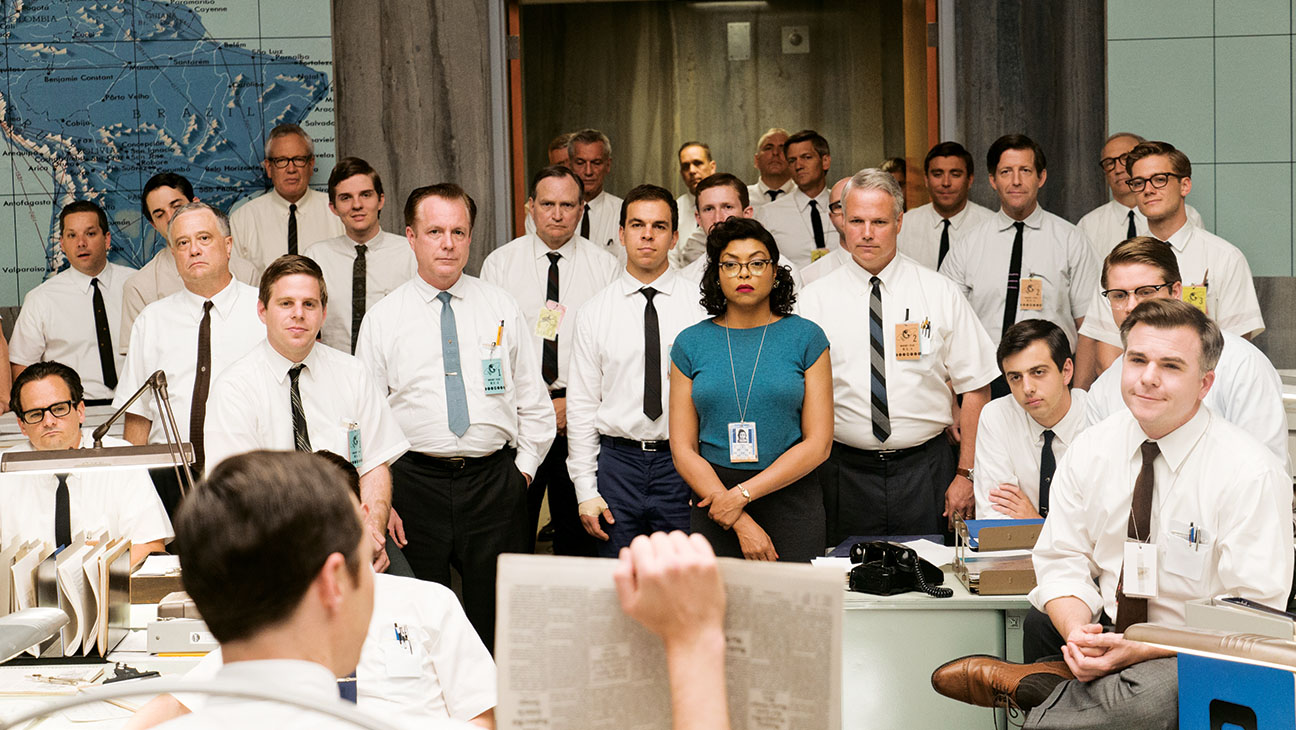 The film’s most endearing quality is in fact its simplicity. Its cheesy one-liners are effective because they rely on simple logic. When Mary petitions the court to take graduate engineering classes at an all-white high school, her argument is straightforward: “I can’t change the colour of my skin. So, I have no choice but to be the first.” Before her, Alan Shepard was the first American to ‘touch the stars’, so why can’t she be the first African-American woman to be an analytical engineer? These moments tug at the audience’s hearts, yet their intimacy is what sets this film apart. These women celebrate quiet victories, in church, at home, surrounded by friends and family, discarding the spectacle, the drama, that a film about space or civil-rights so obviously invites. This film is optimistic, cheerful, and sweetly satisfying in its comedy and its easy moral code, which flips the absurd notion that these women could never be mathematicians on its head and turns it into back-slapping laughter.

Katherine Johnson lived to see the first African-American president, yet we are still waiting for a woman’s turn to take the helm. Positive role models in the media play an incredibly crucial factor in destroying harmful stereotypes and promoting an image that STEM (Science, Technology, Engineering & Mathematics) careers are a viable option for girls. Research from the National Girls Collaborative Project in 2016 found that although women make up half of the US college-educated workforce, they only take up 28% of jobs in science and engineering. The disparity within the STEM workforce itself is also worth noting; women tend to work in the social sciences (62%) or the biological and life sciences (42%), compared to only 25% in computer and mathematical sciences, and 15% in engineering. This data is interesting when considering that on-screen female STEM representation is even lower than the overall numbers: only 12%, according to a 2015 study by the Geena Davis Institute on Gender in Media. The study, which investigated the representation of female characters in popular film across 11 countries, found that only one in seven STEM roles are played by women. A pitiful 9% of engineering roles went to females. Poor STEM representation is most visibly seen across film, with small-screen roles more prominent yet still disproportionately favouring men.

Films like Paul Feig’s 2016 all-female remake of Ghostbusters go a long way in promoting positive, unsexualised images of females in science, but still somehow manage to prove controversial. As if, in a film about fighting ghosts, a powerhouse of women scientists is suspension-of-disbelief gone too far. Disregarding the film’s other problems, what is most significant here is that the starring roles feature solely women. They solve scientific problems and move the plot forward on their own, without the need for a male co-star. Recent space films Gravity and Interstellar both feature female astronauts in leading roles. Interstellar is particularly unconventional, simply because it cast Anne Hathaway and Jessica Chastain as the two female scientific leads.

An alternative for women

The power of Hidden Figures has not gone unnoticed. In a collaboration between AT&T, Western New York STEM Hub and the Girl Scouts of the USA, thousands of young girls have been able to attend free screenings of the film across cities in the United States. Aldis Hodge, who plays Mary’s husband Levi, has claimed that the film has already been effective in encouraging girls to pursue science. He recently teamed up with the Girls Build LA initiative to screen the film for 2000 young women in Los Angeles. By bringing to light inspiring historical figures, by offering an alternative narrative of strong women in science, we can show girls that they can do anything, they can be anything, be that an engineer at NASA, or the president of the United States. This film teaches us that if there is no protocol, create your own protocol, if the math doesn’t exist, invent the math. Mary Jackson says it best: ‘Stop quoting your slogans at me. I’ve heard them all. There’s more than one way to achieve something.’

“Stop quoting your slogans at me. I’ve heard them all. There’s more than one way to achieve something.”

The Women’s March in January displayed a much-needed solidarity across the world, women walking for equal pay, for access to safe abortions, for something as simple as control over their own bodies. Women walking for their right to pursue whatever educational path they may choose, without discrimination or the dismissive contempt that discourages girls from a young age. The hidden figures of this film represent the unseen, the ignored, but also the determined, the funny. Their get-on-with-it attitude is infectious, their charisma magnetic, and their unflinching fierceness in the face of blatantly cruel discrimination is absolutely inspiring for young girls everywhere.

This site uses Akismet to reduce spam. Learn how your comment data is processed.

A platform for the culturally ambiguous

We’re living in an age where cultural boundaries are dissolving, where identity is no longer defined by nationality. Here at Third Culture we bring you the latest discussions on cross-cultural issues.

The Danger of Online Lifting Culture – “Lifting for Likes”

Are Times A-Changin’? – The Curious case of Time-Zones